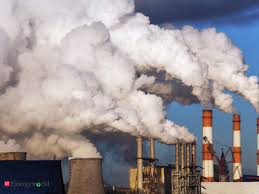 Authorities are assessing how seriously to punish the operators of coal-fired plants around New Delhi that missed a year-end deadline to fit equipment to curb harmful emissions, a senior official at the federal pollution regulator said on Wednesday.

Prashant Gargava, member secretary at the Central Pollution Control Board, said action taken against non-compliant power plants will take into consideration any efforts made so far.

“Action has to be based on the level of progress that they have made individually, and we are working on that,” Gargava said at the TERI World Sustainable Development Summit 2020 in New Delhi on Wednesday.

The regulator warned last year coal-fired plants could be shut down for failing to meet deadlines.

Only one out of the 11 plants around New Delhi has installed equipment to cut emissions of sulfur oxides. Four of the remaining 10 plants have awarded bids for retrofitting the technology, the Central Electricity Authority said.

From the date of commissioning, it takes at least 27 months to install the technology, according to industry estimates.

By that measure, more than half of India’s coal-fired power plants ordered to retrofit equipment are set to miss the phased deadlines, Reuters reported in November.

Gargava did not specify the nature of penalties that would be imposed. However, he said the deadlines were too stringent.

“The 2019 deadline was sort of pushing the power plants in national capital region (NCR) beyond their capacities,” he said.

The country’s power ministry has asked for coal-fired power plants around New Delhi to be given more time to install equipment to reduce emissions, after the year-end deadline for action passed, Reuters reported this month.