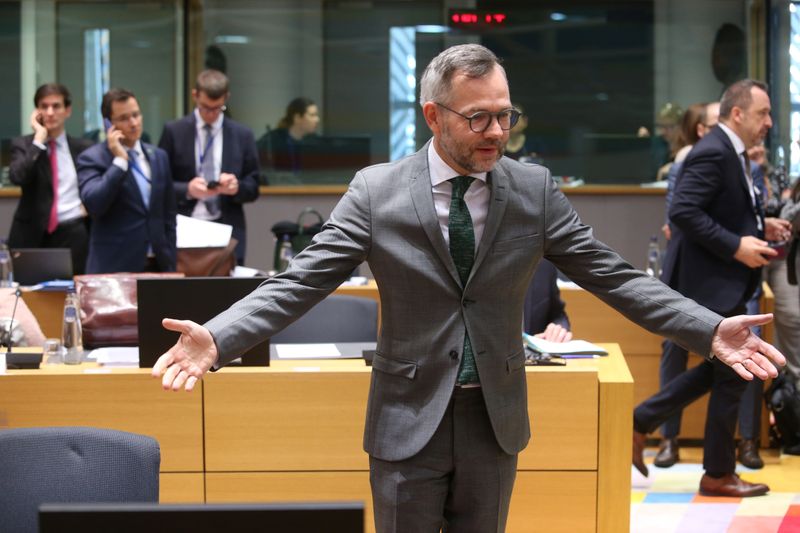 European Union governments were expected to adopt a negotiating mandate on Tuesday for the tricky task of reaching a deal with Britain on future ties after it left the bloc last month.

The EU mandate aims to offer Britain, which sells 45% of exports and buys 53% of imports from the 27-nation bloc, no tariffs and no quotas in the future.

In exchange, it wants London not to undercut European companies with lower – and therefore less costly – environmental, labour, tax and state aid standards.

But Britain does not want such a commitment, stressing its “primary objective in the negotiations is … economic and political independence”. It is ready to accept tariffs and quotas similar to a deal the bloc has with Canada.

“We can have an agreement with zero tariffs and zero quotas if we can be sure … we will have common norms …regulatory proximity on the basis of EU rules,” France’s Europe Minister Amelie de Montchalin told reporters on entering the meeting with colleagues from the bloc in Brussels.

Britain will publish its own negotiating stance on Thursday and talks are to start next week. Both sides want a deal by the end of the year, when Britain’s transition period ends.

Without a trade deal, business contacts would be based on World Trade Organisation rules, which assume tariffs, quotas and cumbersome paperwork.

The agreed text of the EU negotiating mandate, which diplomats said the ministers would ratify on Tuesday, says any new trade treaty between the EU and Britain “should prevent distortions of trade and unfair competitive advantages so as to ensure a sustainable and long-lasting relationship”.