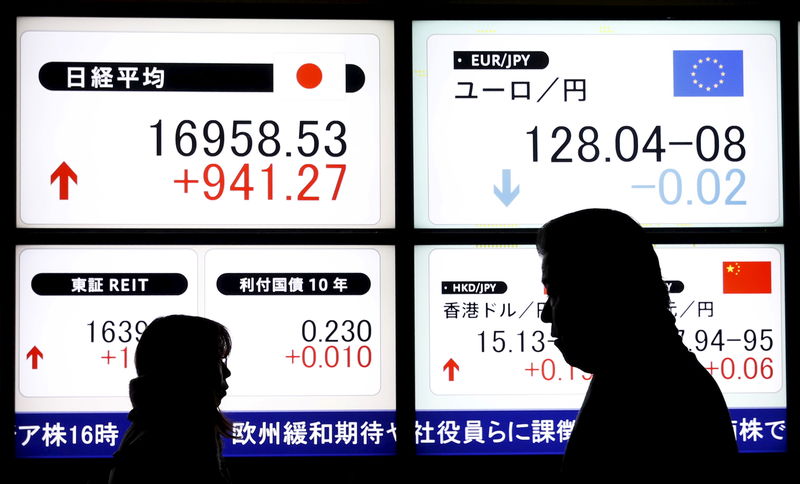 The United States, Italy and Spain reported declining case figures over the weekend.

The ASX 200 slipped 0.5%, flattening its earlier gains by 10:23 PM ET (3:23 AM GMT). The Reserve Bank of Australia is set to announce its interest rate decision later in the day. Analysts are predicting a 0.25% cut in forecasts prepared by Investing.com.

Hong Kong’s Hang Seng Index was up by 0.26%. China’s Shanghai Composite was up 1.53% while the Shenzhen Component was up 2.32% as they returned from a holiday.

“Risk sentiment is improving,” citing factors such as a slowing pace of the daily death toll in Spain and France as well as new confirmed cases in New York rising at a slower pace,” BK Asset Management managing director of foreign exchange strategy Kathy Lien said in a note yesterday.

But with the World Health Organization stating that the number of global cases topped 1.2 million with almost 70,000 fatalities as of April 7, Lien ended her note with a warning to investors.

“These trends suggest that lockdown measures are ‘working’ but it is still too early to tell if these improvements are sustainable. Hospitalizations tend to be lighter over the weekend and in some countries in Asia where it seemed like the curve flattened, new cases are cropping up,” she said.