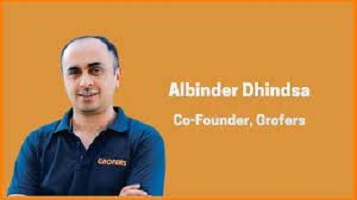 Online grocery delivery firm Blinkit, previously Grofers, has set up 300 partner stores across the country through which it is enabling grocery delivery in 10 minutes, founder and CEO Albinder Dhindsa said in a blog on December 23.

The announcement comes soon after the company decided to pull the plugs in areas it wasn’t able to deliver groceries in 10 minutes.

The company has been at the receiving end of a social media backlash for many times not being able to deliver in the promised 10 minutes. Customers have alleged that their orders were shown as delivered even though they didn’t get any delivery in the stipulated time.

“About a month ago, we were serving users across 12 cities through 200 partner stores in 10 minutes or less. Back then, we were under the assumption that we’ll reach 300 stores by the end of 2021. With more than 10 days to spare, we’ve already touched another milestone. Turns out our instant delivery services are growing faster than ever before,” Dhindsa said.

“As of now, a new dark store is being opened by our partners every four hours. In a phased manner, we will continue to open more stores, improve our store efficiency and ensure that we are able to reach those locations that are currently unserved in 10 minutes (or less),” he added.

The company also claims to have created 12,000 jobs with these additional 100 stores.

Earlier this month, the company decided to rebrand itself from Grofers. The rebranding seems to suggest that Grofers will deliver products with the blink of an eye.

Quick commerce, which is defined as the delivery of items under 45 minutes, is the new battlefield as players look to outdo each other by reducing delivery time of essentials to minutes. The segment in India is expected to grow 10-15 times over the next four years to become a $5 billion market by 2025.

In a recent interaction with Moneycontrol, Dhindsa also said the company was doing 1.25 lakh orders daily.

Dhindsa told Moneycontrol last month that 10-minute delivery was not just possible but a must in today’s fast-paced life, so that people would have time for more important things.